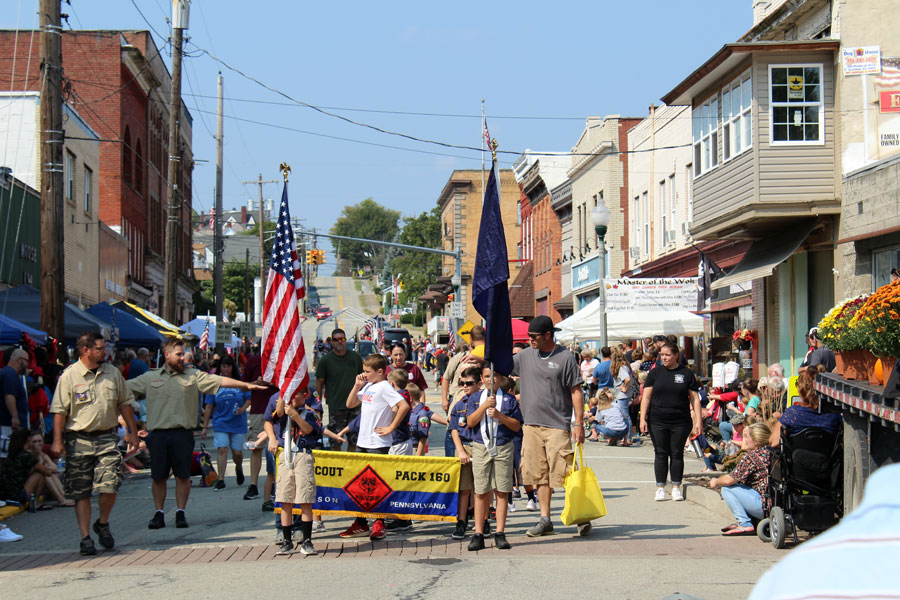 Parade line-up is on the grounds of the Southmoreland Elementary and Middle Schools. Line-up takes place at 11 am on a first come first served fashion, with a few exceptions. When you arrive, you get in line. After line-up, the groups will make their way down the driveway of the schools to Chestnut street and merge with other groups who are staged at Loucks Park.

If your group or organization would like to participate in the Scottdale Fall Festival Parade, please email sffparade@gmail.com