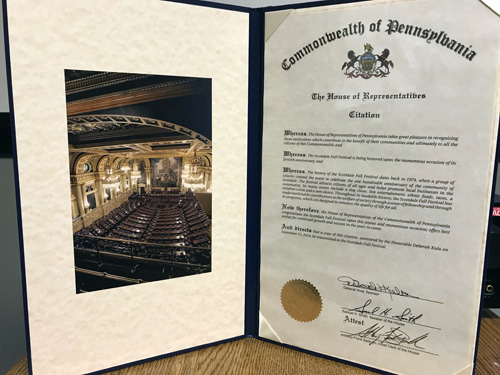 In 2014, the Scottdale Fall Festival celebrated our 40th anniversary. The festival was recognized by the Commonwealth of Pennsylvania’s House of Representatives with the citation shown above.

Through the years the festival has attracted people of all ages and helps promote local businesses in our community. This three day celebration has many events such as a dog show, live entertainment, race, ethnic foods, children’s area, and much more. The Scottdale Fall Festival committee looks forward to seeing you at the next festival!